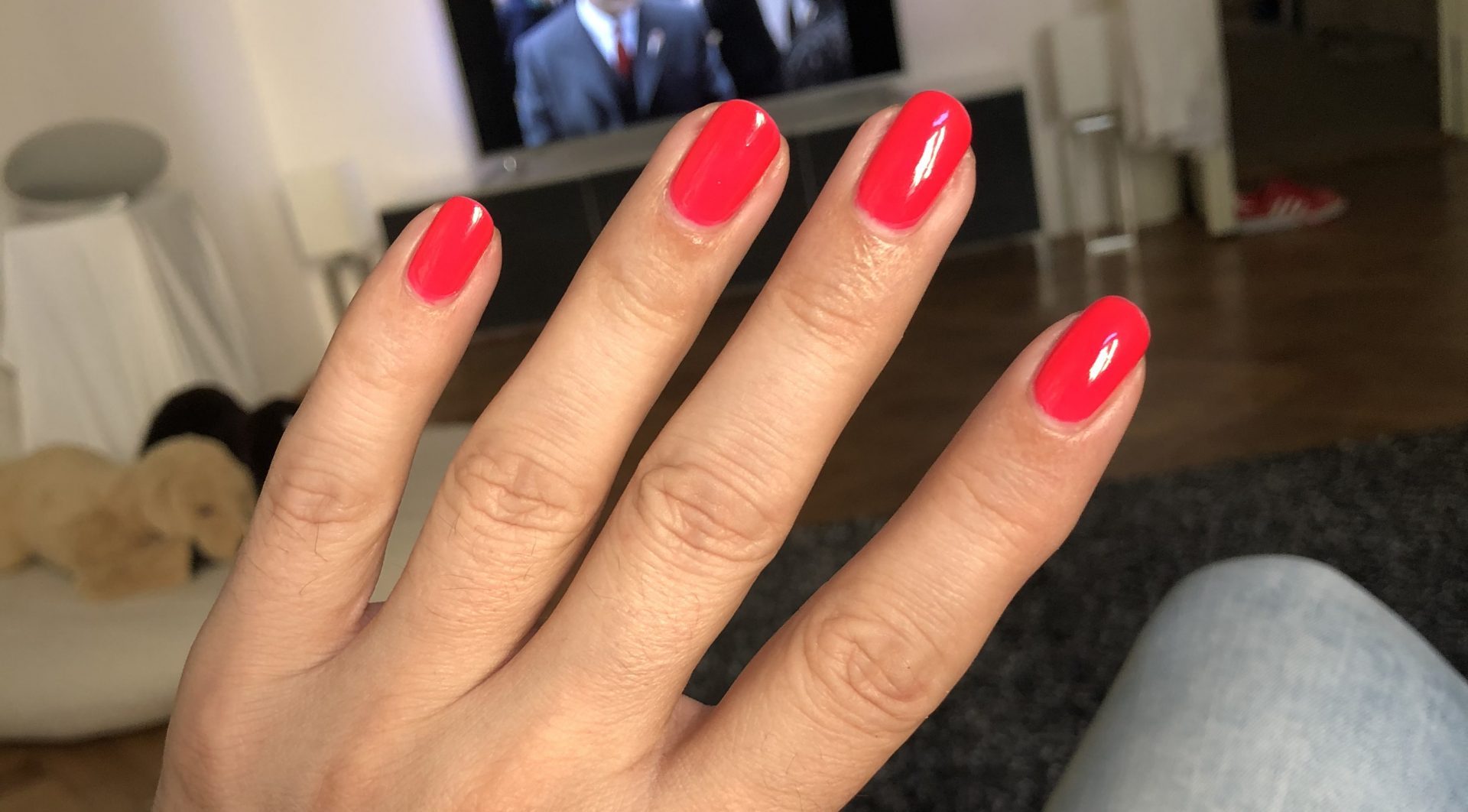 Vlasta and I met on a dating site. He was funny, prompt and he hasn’t been “too pushy”, so I wasn’t quite sure of his interest in me. I was more surprised when he invited me to breakfast. He picked my favorite chain of cafes in Prague and left on me the decision to which one I would like to go. It was nice and gallant. At the end of the invitation, he texted me “And don’t forget, I’m little crazy”. I thought it was clear from our conversation, and I was looking forward to the breakfast.

I arrived a few minutes later, I’m really trying to get on time, but…. You know that. Vlasta was already sitting at the table. I really liked him, tall slim and ….. for God’s sake he’s GOT HIS NAILS PAINTED, neon pink… so, it was a shock. I started looking for a hidden camera in conspicuously. I was wondering if I should leave. In the end, I fell on a chairing fainting, after all, his nails will not spoil my favorite eggs Benedict. And all I was able to do, was to ask “Why?” Vlasta smiled and said to me “Because I like it. And I don’t eat kids”. I didn’t understand how it is related to children and cannibalism. Anyway, I don’t have to understand everything right away, do I? Breakfast was very good. Vlasta was attentive, (brought me glass of water when I started choking on the sandwich) unforced and funny. I think he’s had a good time all along with my “derail”. It was a very nice breakfast … Except for the nails, I’ve never seen a guy wear painted nails, liked it, and wanted to meet a woman. And even though I was in shock, it was clear to me that this guy was really “crazy” and that the nails were just the tip of the iceberg which I could see. When we said good-bye, except that I called all my girlfriends about what kind of crazy guy I met, and it was clear to me, we’re not going to meet again…. Too bad, finally a smart guy who made me laugh. But the NAILS and everything we didn’t talk about…. No, it wasn’t sexy to me.

I’m in my car driving to the beach volleyball… late again. My iPhone rings, for me, from incomprehensible reasons I don’t see who’s calling. I was thinking that the guys from beach are nervous where I am – you know they can’t play it in threes. I picked it up and I’m trying to calm the situation down. “Oh, I’m already around the corner”. Silence. And then Vlasta “Hey, I was going to ask you if you would like to go out for a beer, but if you’re around the corner than it’s cool”. He laughed at me. And I figured it out, nails aren’t sexy, but funny guys are. We didn’t go for a beer; I had a beach.

I was the one who wrote him. There was an exhibition of Kupka in Prague, it was the event of the year. I really wanted to see it. My kids had a weekend with their father. And somewhere in the back of my head, I felt that see it with Vlasta could be a great experience. He didn’t have time. He had a weekend with the kids. I mean, after all, just with his son, but Vlasta said if I don’t mind, all three of us can have a dinner. I decided to go. Vlasta has great taste in restaurants. I almost late again, because he kept writing what I was going to wear. I’ve never been asked by a guy before a date what I’m going to wear. 😊. Even I have no idea what I’m going to wear, and I change my mind several times. “I am decided” I wrote him “I’ve got it, I’m going to wear pants, feel free to wear a skirt”. And I had no doubt he’d wear it. He did. We went to the exhibition the next day with his son.

We were circling around each other in next months, and I had a lot of questions and a lot of doubts. And I’m sure Vlasta too. But we never stopped laughing together since that date, and I’ve never regretted it. 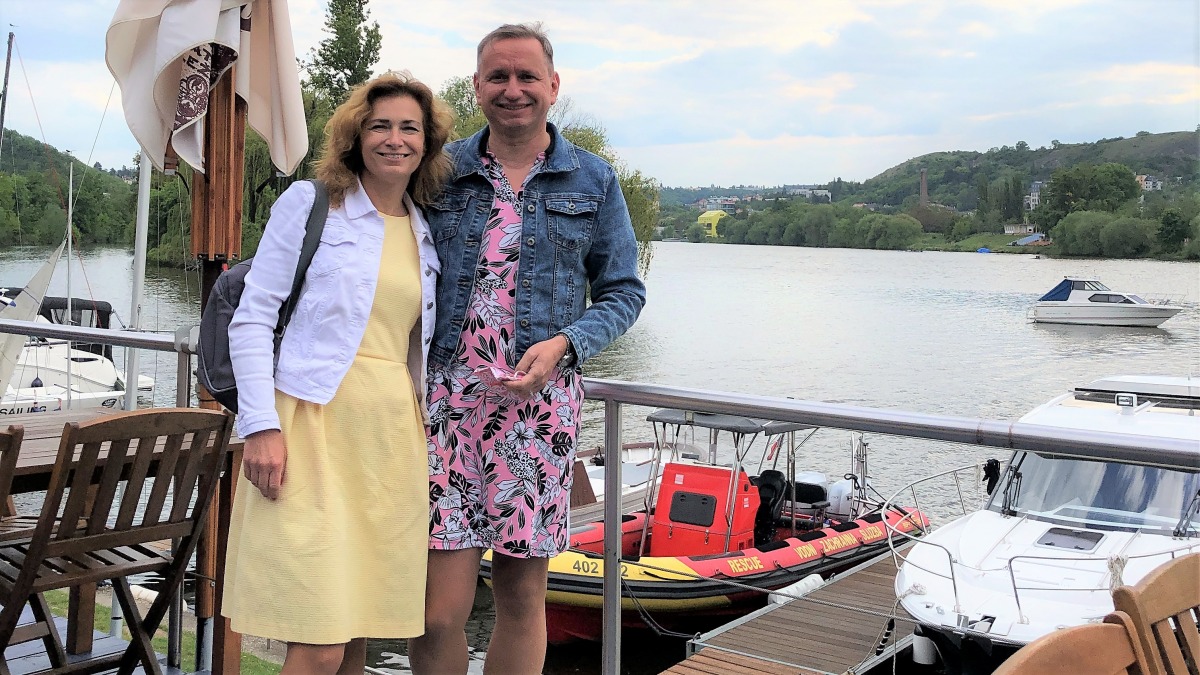 Lets have the pink dress and beer in the harbor
It's finally here, there are open beer gardens in the Czech Republic and we can have a beer. We choose summer clothes, I ignore Vlasta's remarks that 14 degrees is not enough for a beer outside, that it's cold. In... 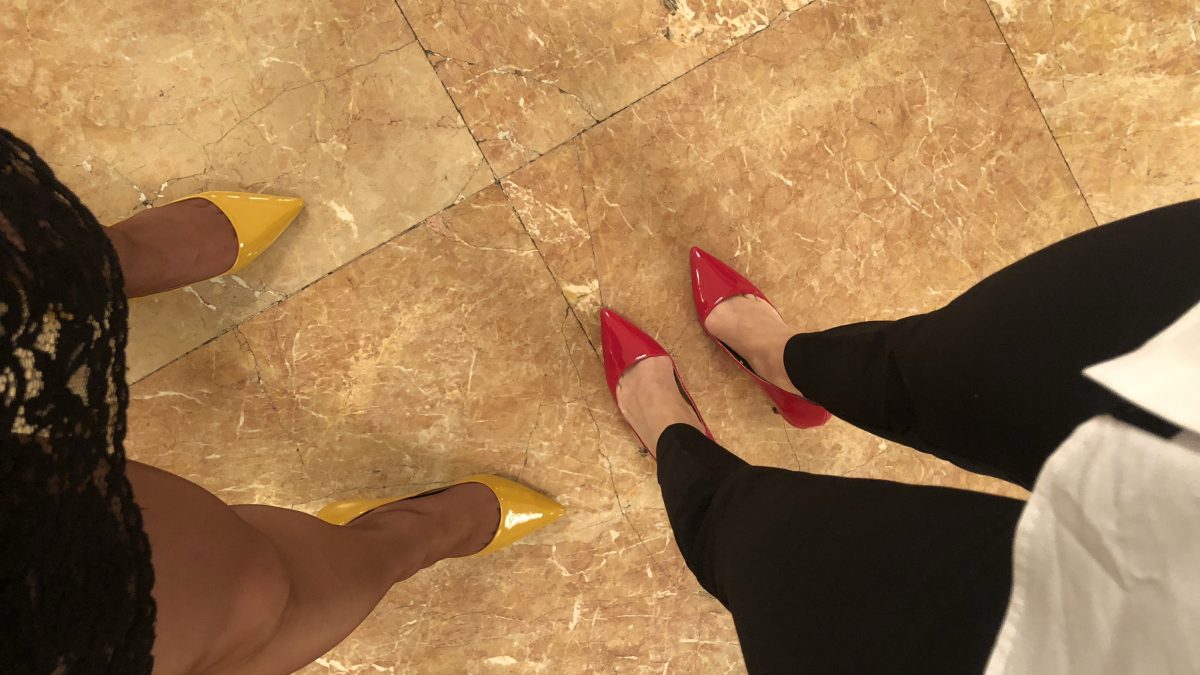 Milano Teatro alla Scala
In today's light, it seems as if it was 10 years ago, but it was only last year. We went on a week-long trip around Italy in the spring and one of the stops was Milan. And one evening we... 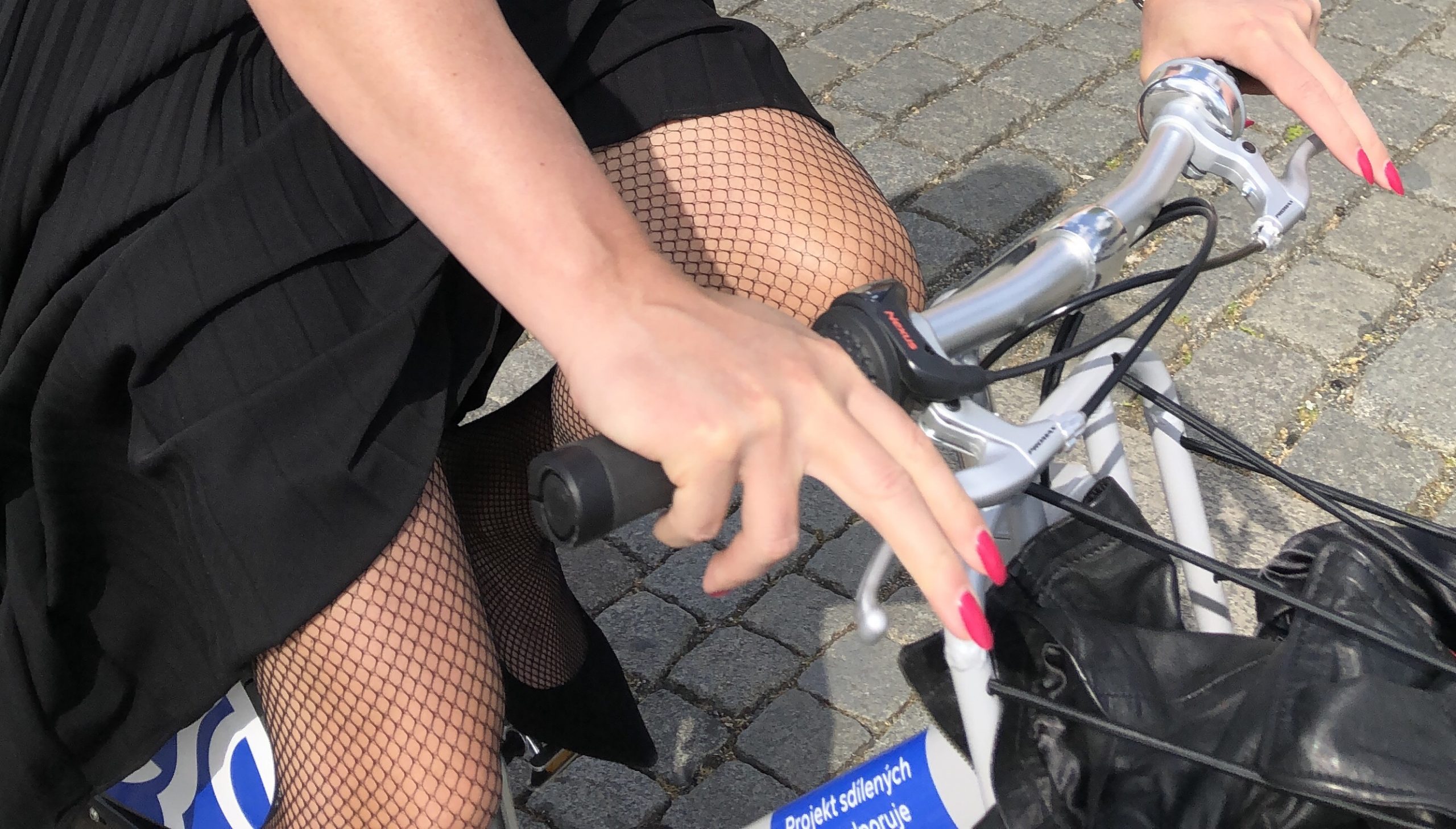 Cycling & Beer by the river
We fine-tuned our outfits in the morning, so it didn't look like one was going to the theater and the other for a picnic. The length of the skirts is also important. Finally, Vlasta found a use for his fishnet...